4 min to readSustainabilityTechnology is paving the way.
Share this

It's no secret that we must reduce carbon emissions to keep our planet livable for future generations. Transportation is one of the most important sectors where we can make a difference. Commercial trucks are a huge part of the transportation industry, and they account for a large number of emissions.

This article covers some cutting-edge technologies helping us move towards zero-emission commercial vehicles. We'll look at solid-state batteries and hydrogen fuel cells to see how these technologies will pave the way to zero emissions!

Commercial truck batteries' lifetime estimate is between 300,000 and 500,000 miles. While they could last longer, the magic number for the industry for warranty appears to be around eight years. And just like your mobile phone battery, time and cold weather conditions hinder the battery's performance, lowering the vehicle's range.

The current price per kWh to produce an EV battery is around $128 and is expected to drop to $110. Freightliner's tandem drive eCascadia has one of the larger batteries at 438 kWh. That's an estimated replacement cost of nearly $50,000 for a battery of this size. Ouch! Even worse, as the demand for raw materials increases with the adoption of electric vehicles, battery prices are expected to turn back up later this decade.

Another challenge hindering electric trucks is the shorter range compared to diesel trucks with an internal combustion engine. The shorter range is a major concern for commercial truck drivers who often travel long distances. And finally, there are still some infrastructure challenges when it comes to electric vehicles. We need more charging stations to support the growing number of EVs on the road.

Thankfully it is not all doom and gloom. Technology is evolving rapidly, paving the road to zero emissions for commercial trucks. While battery-electric vehicles garner most of the attention, fuel cell electric vehicles show amazing promise to compete and be a viable option for zero-emission trucks.

Solid-state batteries are dubbed the perfect battery and provide one of the most promising technologies on the horizon. They offer several advantages over traditional lithium-ion batteries, including higher energy density, longer life span, faster charging times, and improved safety.

Cost is the primary drawback of solid-state batteries. They are currently more expensive to produce than lithium-ion batteries, but the costs should come down as production ramps up. As the technology stands now, solid-state batteries are not entirely rid of dendrites as researchers look for the ideal solid electrolyte.

Many big automakers like Toyota and Ford are investing in solid-state battery technology primarily for passenger vehicles.

Fuel cells are a type of zero-emission technology that converts hydrogen into electricity. Hydrogen fuel cells can be used to power electric vehicles, which are already used in some commercial trucks. Fuel cells are more efficient than internal combustion engines, and they have the potential to reduce emissions from commercial trucks significantly.

While Elon Musk may feel hydrogen is silly, many believe this technology has the potential to compete with or complement battery-powered EVs. Fuel cell vehicles don't have the same range and charge time challenges.

Hydrogen is classified by color: Green, Gray, and Blue.

Producing Blue Hydrogen also uses fossil fuels like coal or oil, but with Carbon Capture and Storage (CCS) technology to capture and store the carbon dioxide emissions. The concern with blue hydrogen is recapturing 100% of the carbon for net-zero results. The recaptured carbon is able to be repurposed for making other products. Now we are getting somewhere.

There are many reasons why fleet managers should consider transitioning to zero-emission vehicles. Under the right circumstances, zero-emission trucks have lower operating costs than diesel trucks and require less maintenance.

Perhaps the most compelling reason to switch to zero-emission technology is that it's what customers want. Many consumers are interested in buying products and services from environmentally responsible companies. Supporting sustainable companies is especially important for younger, more environmentally conscious generations.

As we can see, there are many reasons to switch to zero-emission technology. The technology is emerging, and it's time for fleet managers to take notice. Electric and hydrogen-powered vehicles offer a cleaner and more sustainable way to move goods around the country. 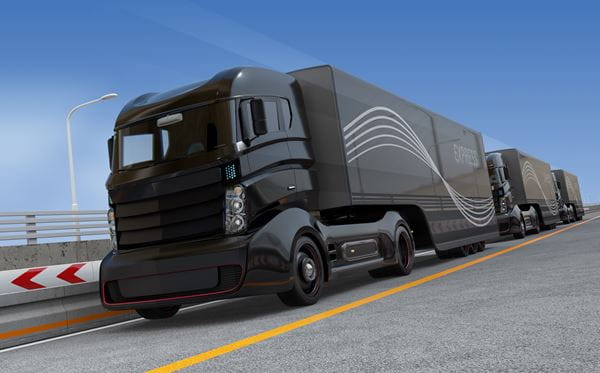 Sustainability
All in on electric: electrifying commercial fleets29 October - 4 min to read