7 min to readLeasePlan StudiesLeasePlan publishes conclusions of the 2nd edition of the study Propulsions:
* Car electrification is on top of fleet managers agenda
* 65% of electrified vehicles have a lower TCO than combustion vehicles, a 12% gain compared to 2018
* Renting has been a driver for the electrical transition
* Electrics win in taxes, energy and maintenance costs
* Portugal has electric vehicle penetration rates above the European rate
Share this message

Electric  mobility begins to gain some maturity. If we compare it with the 1st edition of “Propulsions: which is the most efficient?”, in which we analyzed the  same segments and mileage, we found first, that, after just one year, there  are 100% electrical solutions for all the segments analyzed. Secondly, we have  also seen a notable gain in competitiveness from 100% electric propulsion in many  segments and, for various mileage profiles, particularly in the utility  segment, greatly leveraged by the clear commitment of car manufacturers to  electric versions of their city options. These are some of the conclusions of  the annual study “Propulsions” with companies with fleets between 75 to 200  vehicles.

Considering  that the 8 segments of the study represent 86% of the renting market fleet (Supermini  (B), Crossover SUV, Small Family (C), Premium compact, Large Family (D), Compact  executive , Executive (E) and Small Commercial Van, we note that the gains  competitiveness of electric and plug-in vehicles have increased compared to  last year's study. If we take into account the most chosen mileage by the  companies (30,000 km / year), together with the relative weight of each segment  in the fleets, we went from a situation of 53% of usage profiles in which the  electrified vehicle had a lower TCO than the others in 2018, to the current 65%  in 2019, an increase of 12% in just one year.

It  should also be noted that, in this year's analysis, diesel propulsion is no  longer competitive in the B segment, and has lost its share since 2018, when  last year it was the most competitive in 5 of the 7 utilization profiles  considered.

Another  relevant analysis for the fleets is to understand where the main cost  differences are, between a diesel vehicle and a 100% electric vehicle. Thus,  what is perceived and concluded is that, globally, the costs of using a 100%  electric vehicle are actually lower than those of an equivalent diesel vehicle.  The competitiveness of the electric vehicle vis-à-vis diesel is based on 3 very  important components of TCO (total cost of use): taxes, energy costs and  maintenance costs.

One of the factors that has most affected the demand for electrified vehicles worldwide is the set of government incentives for the electrical transition. In addition to support for purchases, governments can also develop tax policies that positively discriminate electrified vehicles, which is the case in Portugal, although with different realities for individuals and companies. In this sense, from the cost point of view, green taxation has brought competitiveness to 100% electric vehicles and plug-in hybrids.

One of the ways in which the market is widely consulted is the LeasePlan  Mobility Monitor, an annual survey that gathers opinions from consumers and  companies on the most pressing issues facing the mobility sector and which  included Portugal, with Portuguese drivers being of the most positive in relation  to electric cars, with 87% saying that they have a very positive attitude  regarding the change to VE and 51% confirming that they intend to switch to an  electric when purchasing the next vehicle.

There  is a healthy appetite in the Portuguese market for the transition to the  electric vehicle, where both companies and individuals show an environmental  concern, but also recognize in electric mobility an opportunity to reduce their  energy / fuel costs.

The sector and combating climate change

Over time, and given the governmental pressure to curb CO2 emissions, much has to  change, especially given the climate urgency recognized in the Roadmap for  Carbon Neutrality. LeasePlan also has its “carbon neutrality roadmap”, the  difference being that the target is 2030, the year in which it aims to achieve  zero emissions in its total fleet. The main elements of LeasePLan's strategy  include raising customer awareness about what’s next in low-emission vehicles,  facilitating the adoption of low-emission vehicles with attractive customer  proposals developed by the LeasePlan Electric Vehicle Experience Center.  LeasePlan is also a founding member of EV100, a new global business initiative  designed to accelerate the take-up of electric vehicles and their infrastructure,  launched by The Climate Group at the UN General Assembly in September.

The  transport sector is responsible for 25% of greenhouse gas emissions in  Portugal. In turn, the road transport sub-sector represents around 96% of  transport emissions. Bearing in mind that the fleets are assuming an increasing  share of automobiles in our country, in view of the objectives set by the  Government in the Roadmap for Carbon Neutrality 2050, LeasePlan assumes as its  strategic objective the anticipation of carbon neutrality of its customers'  fleets until 2030, thus advancing by 20 years compared to the national target.

Considering the goals of the Paris Agreement  and the Roadmap for Carbon Neutrality 2050, the truth is that, even considering  that these present overly ambitious objectives, if we look at the stock of  vehicles circulating by motorization, we are obliged to accelerate the  transition to motorizations more sustainable by all means at our disposal. In  fact, in 2021, 90% of passenger vehicles on European roads will still be  combustion; this figure drops to 70% in 2025 and to a still relevant 50% in  2030. After 2030, we will have 20 years to take the remaining 50% of combustion  vehicles off the road.

One of the factors that has most affected the demand for electrified vehicles worldwide is the set of government incentives for the electrical transition. In addition to support for purchases, governments can also develop tax policies that positively discriminate against electrified vehicles, which is the case in Portugal, “although with different realities for individuals and companies”, comments Pedro Pessoa, who adds that “for the transition to be made in private individuals, we found that the tax incentive for companies may be something to consider for this market as well ”. 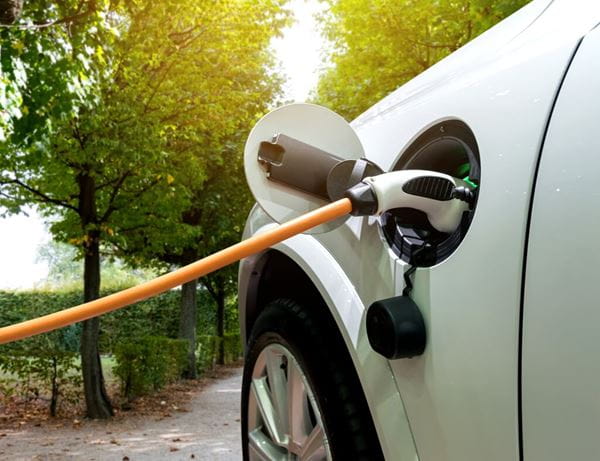