4 min to readFleet managementThis year’s Industry Fleet Sustainability Ranking looks at eight different industries in Europe, diving deep into the stand-out fleet trends from the past couple of years.
Share this

This year’s Industry Fleet Sustainability Ranking looks at eight different industries in Europe, diving deep into the stand-out fleet trends from the past couple of years. To create the sustainability ranking, we perform in-depth benchmarking on each industry. Detailed reports for six industries are also available to download.

In the second blog of our series exploring sustainability in industry fleets, we focus on the construction industry in Europe and how its fleets have changed in recent years. For more insights, download the full benchmark report!

The C1 segment (i.e., compact, non-premium cars) remained the most popular passenger car segment in the construction industry – but it appears to be slowly decreasing in popularity, dropping from a 32% share of the market in 2019 to 21% in 2021.

Winning the overall rankings in 2021? The Peugeot 3008, which knocked the Renault Clio from the top spot to become the most popular car in the construction industry. However, Renault models did become more popular in general, with three making it into the top 10 compared with only one in 2019. Decline in diesel speeds up

Aided by government incentives and stricter emission targets, the construction industry’s share of battery electric vehicles (BEVs), hybrids and plug-in hybrids (PHEVs) has grown significantly, while the share of diesel vehicles continues its decline. In 2020, diesel cars made up 64% of cars in the industry, but by 2021 this had dropped to 49.5%. Over the same period, BEVs increased their share from 3.3% to 10.1%, and PHEVs saw a similar rise from 8% to 13%. While it is clear that fleets in the construction industry are starting to favour lower-emission powertrains, we can also see an increase in the share of petrol cars: the share of petrol cars increased from 18% in 2019 to 20.7% in 2021.

Germany was the only country where the share of diesel cars increased (up to 90% in 2021). Other benchmarked countries saw large decreases in diesel, with diesel cars making up only 10% of cars in construction industry fleets in the Netherlands.

But while diesel is largely on the decline, the same trend is not reflected by petrol vehicles: there have been increases in petrol’s share across six countries, peaking with the Czech Republic, where 50% of vehicles in construction industry fleets are now petrol cars.

The UK boasts the largest increase in BEVs of all countries included in our research. In 2019, only 1.5% of cars in construction industry fleets were BEVs, but by 2021 this had jumped to 32.2%. Finland, the Netherlands, Norway and Sweden have also seen large increases in the share of BEVs in fleets.

Hybrids and PHEVs are also increasing their share, demonstrating that they are a great transitional powertrain on the road to zero emissions. The UK saw the largest increase in PHEVs, surging to 42% in 2021 from 11% in 2020. Spain also made significant progress with PHEVs during the year, starting with a share close to zero and ending at 11.7%.

CO2 emissions decreasing (if not universally)

With the exception of Switzerland, Germany and France, almost all countries saw a decrease in average fleet CO2 emissions between 2019 and 2021. Norway and the UK saw the largest decreases: in 2020, average CO2 emissions for construction industry fleets in both countries were close to 100 grams per kilometre, but in 2021 this number had more than halved.

In Europe’s construction industry, more companies are moving towards PHEVs and BEVs to lower their fleet CO2 emissions – and there is nothing to stop the transition accelerating. Thanks to more government incentives and restrictions, plus the pressure from consumers seeking more responsible companies, the momentum behind lower-emission vehicles has grown noticeably in recent years. Good news for drivers and our planet alike!

posted on July 19, 2022 by David Wefers Bettink in Fleet management
Share this
Was this article helpful? 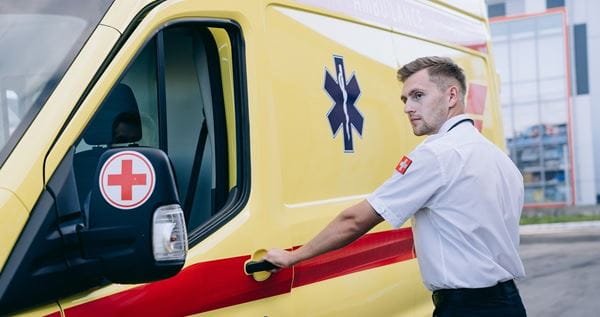