The Benefits of Electric Vehicle Adoption after COVID-19

2 min to readSustainabilityNew forward-looking lifecycle of EV analysis has recently revealed that the benefits of electric vehicle (EV) adoption are bigger than conventionally thought. These findings come at a crucial time for fleet managers, who – now that business is slowly returning to normal following the easing of coronavirus lockdowns – are fervently working to recover lost ground on maintenance and contract renewals . This represents an ideal opportunity for companies to shoulder their responsibility for decarbonising the world’s economy by intensifying their focus on sustainable mobility. In this blog, we explain why you should seriously consider accelerating your rate of EV adoption in order to emerge stronger and greener from the COVID-19 crisis.
Share

BY 2030, EVS WILL BE FOUR TIMES CLEANER THAN ICE CAR

When it comes to the sustainability impact of EVs, there has been some debate about just how much better for the environment they really are. Much of the research has so far failed to take account of the fact that EV technology and the whole sustainability ecosystem are still developing, whereas the petrol and diesel ecosystem are already mature. To address this issue, new forward-looking lifecycle of EV analysis has been conducted by Transport & Environment (T&E) (i), focusing on comparisons of the CO2 emissions of electric, diesel and petrol engines for 2020 and 2030. The study (ii) has revealed that an average electric vehicle is already close to three times ‘cleaner’ than an equivalent passenger car with an internal combustion engine (ICE), and is set to become four times cleaner by 2030 as the EU economy continues to decarbonise.

The T&E lifecycle of EV analysis considers not only the carbon intensity of the electricity used to charge the EV over the vehicle’s entire lifetime, but also factors such as where vehicles and batteries are produced and the transportation involved. The study considers various scenarios for the decarbonisation of the electricity grid based on the current and expected future uptake of renewable energies (e.g. solar and wind energy), and demonstrates that EVs outperform diesel and petrol vehicles in all scenarios:

Emerge stronger and greener from the coronavirus crisis

The evidence is crystal clear: based on forward-thinking lifecycle of EV analysis, today’s EVs will keep getting cleaner throughout their lifetime due to the decarbonisation of the economy. As fleet managers start to recover lost ground caused by the coronavirus crisis, lifecycle of EV analysis can form the basis for robust decision-making. In addition to supporting the transition to zero-emission mobility, phasing out petrol and diesel vehicles will help companies to meet CO2 targets while also optimising costs. Now is the ideal time to intensify the focus on sustainability and ‘future-proof’ fleets by accelerating the rate of electric vehicle adoption.

Feel free to contact your Account Manager at LeasePlan. We will work with you to explore your own particular situation and provide you with a tailor-made proposal.

Published at May 22, 2020
More about
FutureSustainabilityCar technologyCovid-19
May 22, 2020
Share Fleet ManagementSemiconductor Shortage – How is it affecting vehicle deliveries?24 August 2021 - 3 min to read 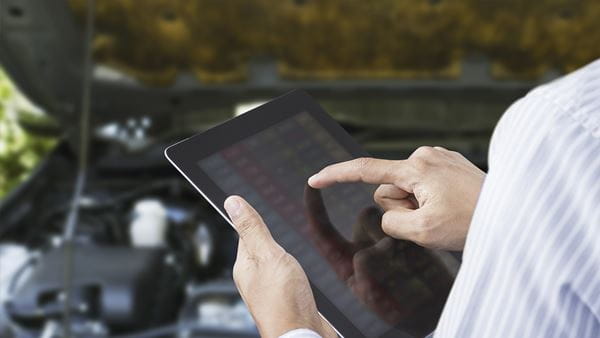