Out and about at home: five great outings in Belgium

4 min to readYour car: tips & tricksOn 21 July, Belgians celebrate their National Day. They all head to Brussels together and enjoy the Military Parade, fun activities and a tasty bag of Belgian fries. Or you can use your extra day off to play tourist here at home. Are you looking for a great day out by car? Our five tips help you explore Belgium differently.
Share this message

1. Action and natural splendour around the Lacs de l’Eau d’Heure

The Lacs de l’Eau d’Heure is a large chain of lakes covering 6.17 square kilometres, making it Belgium’s largest wetland. And it’s less than half an hour’s drive from Charleroi! The five lakes offer a host of activities for young and old alike, from water skiing, wakeboarding and swimming to kayaking and even jet ski racing. You can also visit the huge Plate Taille, Belgium's largest dam. A walk across the glass Skywalk on the fifth floor is sure to get the adrenaline pumping. You can enjoy the magnificent countryside around the lakes on foot or by mountain bike. Not yet had enough action?

Then why not take on a rope course or go bungee jumping. Young children will find lots to do in the Aquapark. And if you prefer something more relaxing, then the wellness centre is just the place. The L’Eau d’Heure lakes have been designated "European Destinations of Excellence" (EDEN) - rightly so, in our view!

Various facilities to charge your car are available around the Lacs de l’Eau d’Heure, such as the Golden Lakes Hotel and Landal Village.

2. Stroll along the Scheldt in scenic Sint-Amands

Sint-Amands may be unfamiliar to many people, but this village along the Scheldt river has rightly been named one of the most beautiful villages in the province of Antwerp. The small streets still bear traces of the past and references to the poet Emile Verhaeren, who also has a museum here. Sint-Amands is pleasantly artistic, as you will notice on every street corner in the charming centre.

What’s more, in the summer months you may see an old steam train puffing by. Have you explored the whole village? Then drive to Fort Liezele in Puurs, about 15 minutes away. This well preserved historical fort stands in a beautiful park. There is an Escape Room to discover too! Fun guaranteed!

Do you appreciate eccentric art? In that case, the LABIOMISTA museum of modern art in Genk is worth a detour. Artist Koen Vanmechelen, famous for his specially bred art chickens, took over the old Zwartberg zoo and made it his artistic life’s work. Here, in a real wonderlab as it were, he reveals his vision of diversity, biology and identity. While you explore the open-air exhibition in the 24-hectare park, Vanmechelen invites you to reflect on social subjects.

LABIOMISTA is a hugely inspiring and challenging place that you simply have to see. Not an art lover? Then be won over by the magnificent park itself. Half of it consists of untamed nature. As well as the open-air exhibition with its many living works of art and installations, the park also provides space for workshops and training courses. And when you have wandered around the countryside for long enough, you can go and visit bustling, friendly Genk.

Charging facilities are provided in the LABIOMISTA car park.

4. Soaking up culture in historical Tournai

An unknown treasure. Tournai is perhaps somewhat overlooked, but this historical gem in the heart of Wallonia is definitely worth a visit! Tournai is over a thousand years old, making it one of the oldest cities in the country. Visit the impressive mediaeval Cathedral of Our Lady, which has no fewer than five bell towers, and admire the oldest belfry in Belgium. Both are included in the UNESCO list of world heritage sites.

The Museum of Fine Arts, meanwhile, was designed by Victor Horta. And did you know that both Tintin and Martine (aka Tiny), the adventurous little girl in Belgian children’s books, come from Tournai? Both characters were printed by the Tournai publishing house Casterman. And Martine was even drawn by Marcel Marlier, who grew up in Tournai.

So this Walloon city has lots to offer young and old alike. Soaked up enough culture? Seek out one of the great cafés or restaurants and savour delicious regional beers and a tasty bite to eat.

Several charging stations are located in and around Tournai. Your favourite app will show you where they are available.

5. Exploring the rolling hills of the Pajottenland region

Did you know that we have our very own piece of Tuscany here in Belgium? The Pajottenland region lies within a stone’s throw of Brussels, between the Zenne and the Dender rivers, offering marvellous views over rolling hills, superb farmland with horses, picturesque little churches and charming little villages. With an authentic local café in every village and lots of delightful restaurants, the Boerenlandschap Pajottenland or Pajottenland farmscape has every chance of being acknowledged by Flanders as a landscape park.

The most impressive structure in the region is the magnificent Gaasbeek Castle. But the little Sint-Anna Church in Sint-Anna-Pede is also worth a visit. This church provided the inspiration for landscape artist Pieter Bruegel the Elder and appears in many of his ‘peasant scenes’. And you absolutely have to try a Geuze or Lambic beer. This speciality beer can only be brewed in the Pajottenland region thanks to the special micro-organisms found in the air here. The best way to cross the Pajottenland region is on an electric scooter, which you can hire there. You can cycle too, but bear in mind that with its countless hills, the region is a favourite training route for cyclist Remco Evenepoel...

Public charging stations can be found virtually everywhere in the Pajottenland region. Your favourite app will show you all the locations.

Do you already know where you’re headed on Belgium’s National Day? Whatever you do and wherever you go, have fun!

50 years of LeasePlan
From ticket to charging station: the history of refueling22 March - 4 min to read

50 years of LeasePlan
From optional side mirror to computer on wheels: how cars evolved during 50 years LeasePlan03 March - 4 min to read 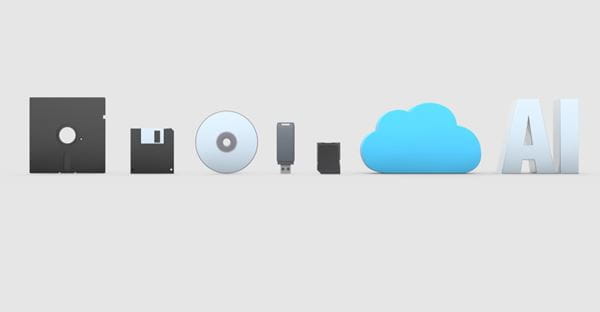 50 years of LeasePlan
From Telex to My LeasePlan: how technology has changed our service03 March - 3 min to read